Is there a connection between the Venetian Carnivale masks and Plague Doctors? | guest post by Paul Michelson 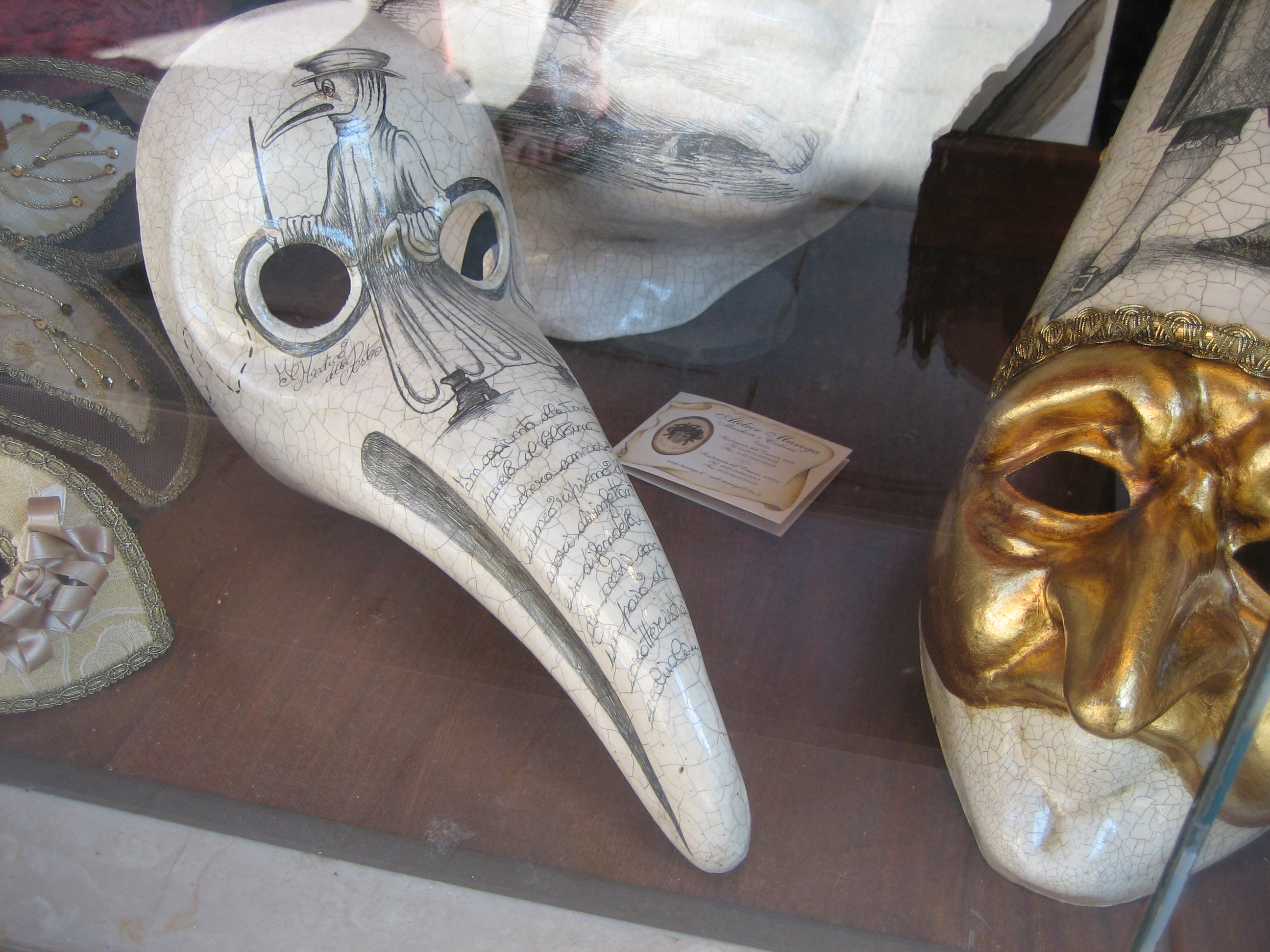 One might assume that there is a connection between plague masks and the Venetian Carnivale which developed an elaborate system of masks. Or that the distinctive beaked mask of the medieval plague doctor was a direct outcome of the myriad plagues that affected Medieval Europe. One would be wrong. Though there are seeds of truth in these associations, the picture is misleading. For one, the source of the tradition of masked festivals in Venice, which date back at least to the 13th century, is unknown. It was not exactly a coincidence that masking concealed the social and professional status of the wearer and contributed to the debauched reputation of Carnivale and its gradual suppression and outright abolition in 1797. For another, the masking intricacies of Venetian Carnivale are primarily a product of the touristic post 1979 revival of the pre-Lenten festival by moderns who proved themselves as equally depraved as their ancestors.

There are partial links to the Medieval Medico della peste (the plague doctors, who were mostly quacks even by standards of the day), but the mask itself was developed much later—in the 17th century to be exact—as part of a distinctive outfit created by the Frenchman Charles de L'Orme in keeping with the prevailing odor-based theory of disease. The beak was used to hold sweet-smelling substances (flowers, perfume) that would banish infections. Because of its somewhat bizarre and sinister appearance, the garb became popular during the 20th century revival of Carnivale.

Find more about plague doctors and their distinctive appearance in issue #135: Plagues and epidemics here!