How History Renewed and Strengthened My Faith in Healing and Miracles 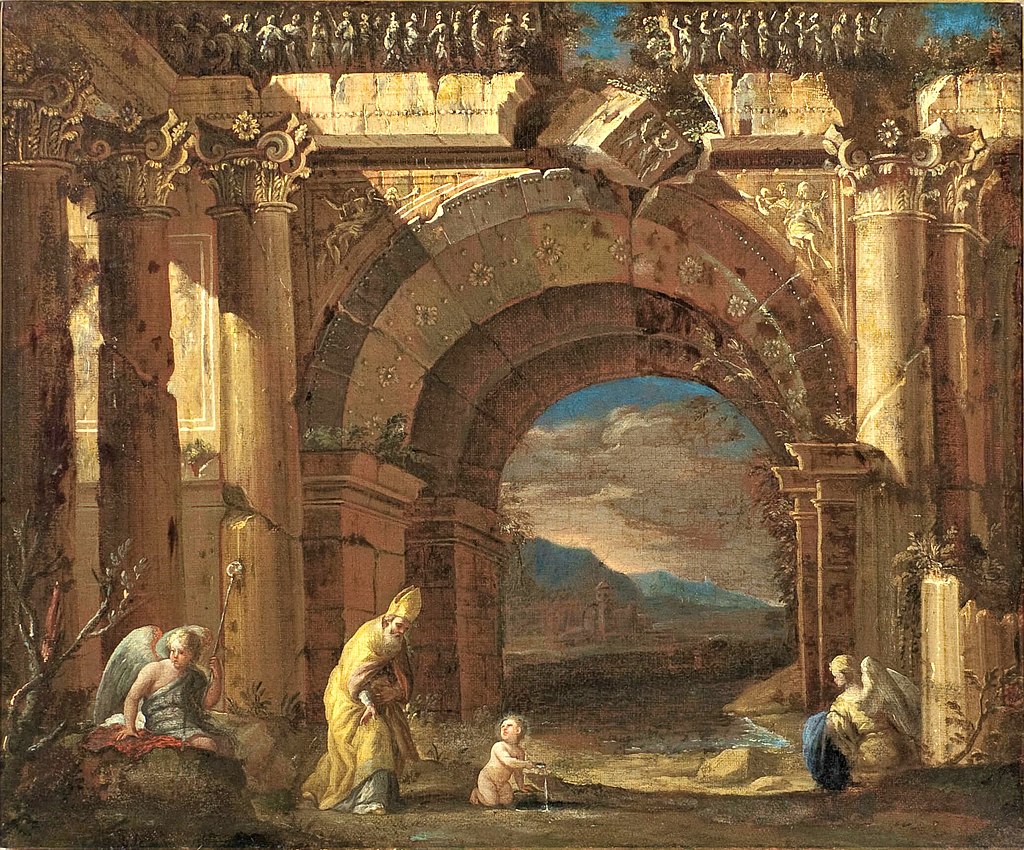 The vision of St. Augustine by Ascanio Luciano | Wikimedia

I was eighteen years old and the second of eleven young men from 16-23 years to be called into the ministry during a revival in my Baptist church. I would go to a Baptist college and pursue ministry by majoring in religious studies. I was taught the higher-critical method, which denied the reality of miracles due to a philosophical presupposition based upon Enlightenment rationalism, that all miracles were impossible – they didn’t happen today, in the history of the Church, or in the Bible. The historical method in the higher-critical method rejected everything supernatural. Miracles were legends or myths. This teaching almost destroyed my faith. I had been taught in my church God could sovereignly answer prayer and perform healings and miracles, but the gifts of healings and miracles no longer existed, healings were not to be normative, and no one was a healer, not since the death of the apostles had these gifts existed.

It was my own healing that kept me from losing my faith in God or at least in his ability to heal and bring about miracles. Because of the doubt caused by the higher-critical method I realized I needed to resolve those doubts and went to the Southern Baptist Theological Seminary in Louisville, KY to complete a Master of Divinity.

Writing a research paper on healing became a turning point. The historical part of the research paper saved my faith. I discovered that cessationism – the belief the gifts of healing, miracles, tongues, interpretation of tongues and prophecy had ended with the canonization of the Bible or the death of the last apostles – was historically untrue. Instead, I discovered a rich history of the continuation of healing within the Christian church throughout its whole history.

In college and seminary I had been taught that Augustine of Hippo, a bishop of the Church taught cessationism. He lived from 354-430 AD and is considered one of the most important teachers of Christianity. As I was researching the history of healing in Christianity, I discovered that later in Augustine’s life he became a strong continuationist – one who believed the gifts had not ceased but had continued. He recorded 70 healings in his bishopric in one year and noted other bishops were seeing healings, he also had a ministry of healing and deliverance that occurred later in his life through a prophetic dream. I discovered that Martin Luther who lived in the 16th century prayed for healing and saw two fellow Reformers healed who were near death. Also, the famous 19th century Baptist preacher, Charles Hadden Spurgeon, had a powerful healing ministry in London, received words of knowledge and prophecy during his sermons, and prophesied about a major outpouring of the Holy Spirit that would be greater than anything the church had seen for a very long time – which was fulfilled in about two years, and in a much greater way in about 40 years.

Doctors of the Church – a small group of men who had a profound impact upon the development of what would later be considered “orthodoxy” also spoke of healing and miracles: Athanasius (296-393) defender of the trinity; fought against the heresy of Arianism; the Cappadocia Fathers Basil the Great (329-379), Gregory of Nyssa (331-396) brother to Basil; their friend Gregory of Nazianzus (329-396) all three were important bishops and early theologians of the Church in the East. During this same time the Latin portion of the Church in the West also recognized Doctors of the Church who wrote about and were even involved in healings themselves Ambrose (340-397), Augustine (354-430), Jerome (340-420), and Gregory the Great who was Pope from (540-560), also St. Martin of Tours who was noted as one of the great wonder workers of the Church in the West.

Later, again, while studying church history, particularly Dr. Paul Chappell’s dissertation on the Divine Healing Movement in America and an early draft of a book by William D. Arteaga, Forging, I discovered great highly educated leaders within Evangelicalism who pioneered the rediscovery of healing: the Lutheran Johann Blumhardt in Germany, the Episcopal homeopathic doctor Charles Cullis in USA, the Presbyterian A. B. Simpson, the Baptist A. J. Gordon, the South African Dutch Reformed Andrew Murray, the Higher Life Movement and Keswick movement leader William Broadman, the Anglicans Frederick Puller, Pearcy Dearmer, the Episcopalians John and Ethel Banks, and Alfred Price. Key women were the young Episcopalian who became a charter member of the Assemblies of God – Carrie Judd Montgomery, Episcopalians Ethel Banks, and Agnes Sanford, and Holiness evangelist Maria Woodworth-Etter who also joined the Pentecostal movement in its earliest days. These women were not highly educated and were exceptions. Yet they were well educated and were good writers and editors.

Roman Catholic Francis MacNutt wrote The Healing Reawakening: Reclaiming Our Lost Inheritance in 2006 while I was doing similar research for the workbook for my first healing school, both MacNutt’s and my research were heavily dependent upon earlier historical studies on healing. The point being there is much historical research that proves the ministry of healing did not end in the history of the Church, neither the Catholic nor the Protestant. The evidence points to extremely gifted and educated leaders in Roman Catholicism, The Orthodox Churches, and the Protestant denominations, all of whom would have been considered upholding “orthodoxy.”

Randy Clark is overseer of the Apostolic Network of Global Awakening, president of the Global Awakening Theological Seminary of Family of Faith Christian University, and author of 40 books including There is More and Intimacy with God. For more on the history of divine healings, read our issue #142 here.