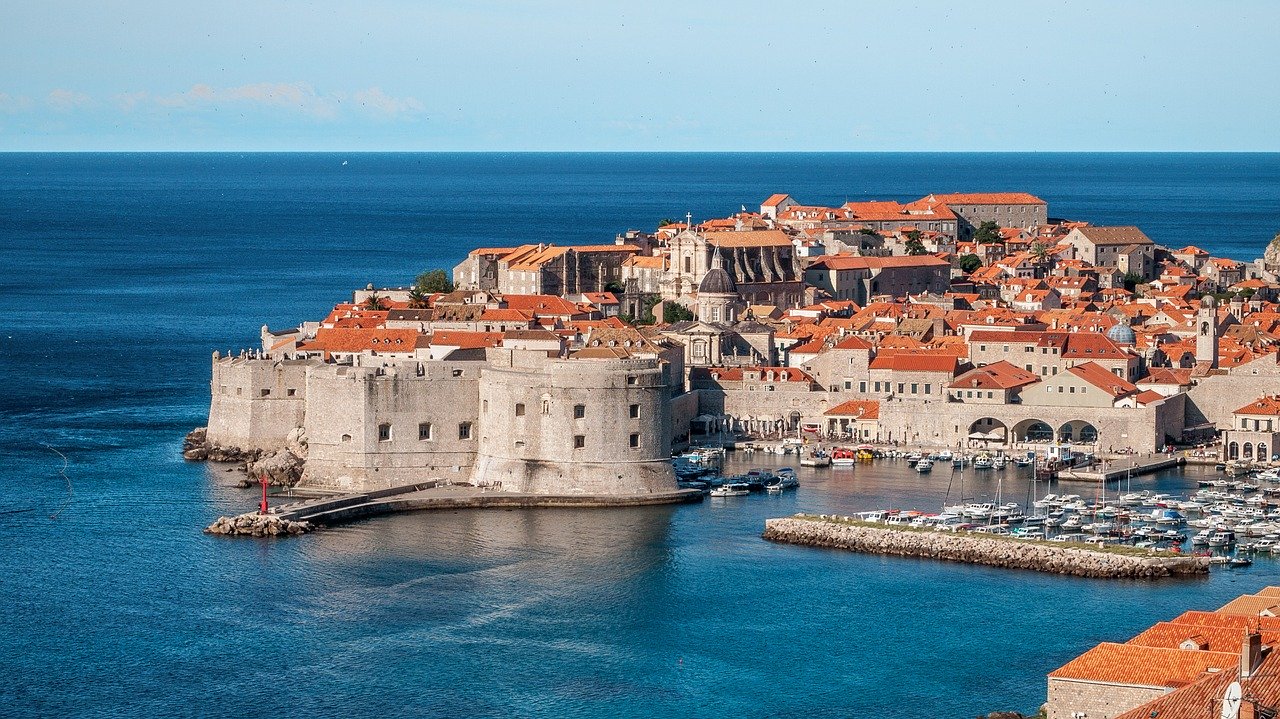 King’s Landing, a crucial setting for the “Song of Ice and Fire”/Game of Thrones saga, exists on the pages of George RR Martin’s novels, where it crowns the fictional continent of Westeros as the capital of the Seven Kingdoms. But a real “King’s Landing” exists, as well, and has a strong connection to Christian history! The TV show based on the novels was filmed in modern Dubrovnik in Croatia, exploiting its old fortifications and ancient streets. Centuries earlier, the town - then called Ragusa - was famous for a different reason. Its patron saint, Saint Blaise, was at the center of the community’s response to the plague.

Blaise, a native of Lesser Armenia (now part of modern Turkey), was martyred in 316 AD and became a saint of the Roman Catholic, Eastern Orthodox, and Oriental Orthodox churches. His relics - including his head, right hand, foot, and throat - were brought to Ragusa in 1346, when the catastrophe of the Black Death elevated his traditional role as the city’s patron. The city fathers built a church (since rebuilt) on the principal public square in gratitude for his intercession on Ragusa’s behalf. The church increasingly became Ragusa's civic center of social interaction. A gilt statue of Blaise decorates the altar screen of St. Blaise church. 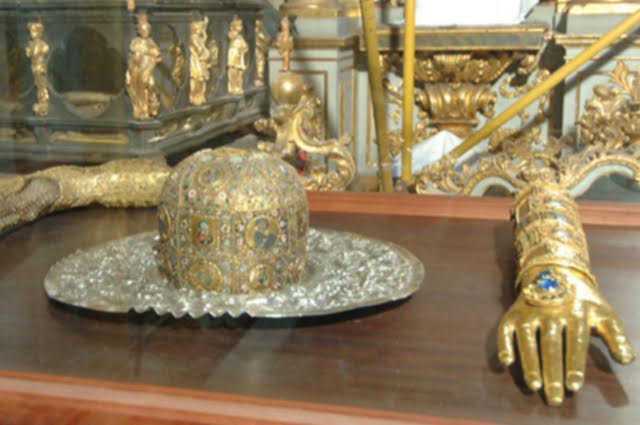 Relics of St. Blaise on display

Popular piety was centered on Blaise as was Christian charity (orphanages, confraternities which functioned in a manner similar to those in Venice). Blaise became the foundation stone of Ragusa's Catholic identity. Though a wealthy commercial city, its motto was "Non bene pro toto libertas venditur auro" (Liberty is not to be sold for all the gold of the world).

His thousand-year old feast in Ragusa is preceded by Candlemas (the Feast of the Presentation of Jesus Christ and the Feast of the Purification of the Blessed Virgin Mary, 2 February) and three days of eulogies. It is celebrated annually on 3 February, when his glittering relics are paraded amidst colorful ceremonies, singing and dancing, and a traditional blessing is recited: “Through the intercession of St. Blaise, bishop and martyr, may God deliver you from every disease of the throat and from every other illness.”

Originally the saint of medieval healing cures especially of the throat, Blaise became one of the most venerated saints as one of the Fourteen Holy Martyrs, and was credited with protecting Ragusa from military enemies (particularly the Venetians) and the plague. Blaise was also the patron saint of the wool trade and of animals.

For more on Christian responses to plagues, check out issue #135 here.