Several major Venetian churches were built as memorials or penances connected with the plagues. Two are monumental Renaissance works of architecture: the Chiesa del Santissimo Redentore (Church of Holy Redemption, 1592, designed by Andreas Palladio) and the Santa Maria della Salute (Saint Mary of Deliverance, 1681, designed by Baldassare Longhena. At the head of the Grand Canal, it was the last of the plague churches).

These memorials were the product of a providential interpretation of the city's travails, the plagues being seen variously as divine judgement, or a wakeup call to a population that was used to taking God's blessings for granted. Thus, in 1630, the Venetian Senate declared “For ever increasing is the certainty that we have incurred the wrath of God for our sins, for the dreadful proof of this comes from the plague, and there is reason to fear worse evil unless God can be prevailed upon to show his great mercy instead, after he has exacted from us by blows the prompt recognition he would have of us for the sake of our salvation….Be it therefore determined that in honour of Our Lady….the Doge shall in the name of the commonwealth make a solemn vow to God to build a church in this city and to dedicate it to the most holy Virgin, calling it Santa Maria della Salute.”

Two of the major annual Venetian holidays are plague-related commemorations connected to these churches. The first of these is the Festa del Redentore (the Feast of the Holy Redeemer) which has been held on the third Sunday in July since 1577, when a plague that had taken over 50,000 victims was declared over and Venice was seen as liberated by God after much sadness. The event is celebrated with massive fireworks and a procession across the Giudecca canal on a pontoon bridge. A similar celebration, the Festa della Salute (the Feast of Deliverance) is held on November 21, which marked the end of the plague of 1630-1631 that had wiped out a third of the population. Thousands annually make a pilgrimage to Santa Maria della Salute on an improvised pontoon bridge across the Grand Canal. 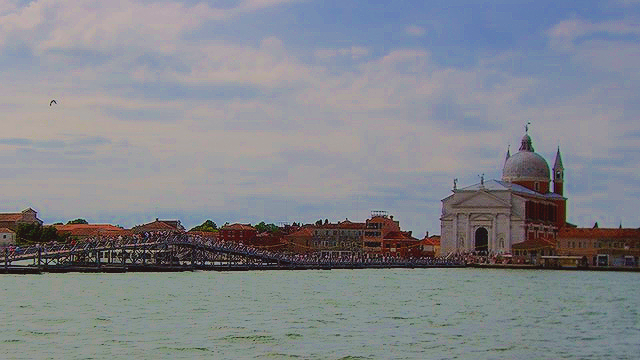 The plagues were a major part of Venetian history and civic culture. Ironically, they also played a key role in the 18th century decline and fall of Venice.

For more about plagues and epidemics in Christian history, check out our latest issue here.