Constantine the Great. A review by Dan Graves.

Grant takes a stab at sorting out the mysteries surrounding one of the early church's most interesting and influential figures.

Constantine the Great; the Man and His Times by Michael Grant (New York: Charles Scribner’s Sons, 1993.) 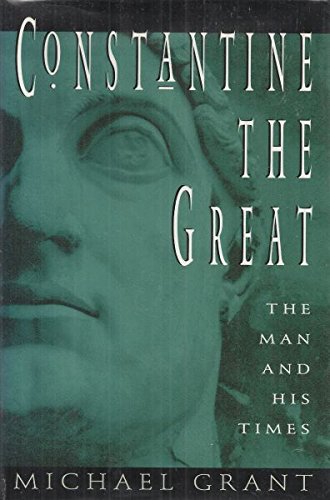 Some books lose nothing with the passage of time. Michael Grant’s Constantine the Great is one, which explains why it is still available in reprints. I was not disappointed.

As famous as Constantine the Great is, we know little for certain about him. This is a pity because no one can deny his importance to religious history. He converted to Christianity, ended state-sponsored persecution of mainstream Christians, summoned and presided over the first “world-wide” church council since the Jerusalem gathering recorded in Acts, built the famous city of Constantinople (in which no idolatry was allowed), persecuted and then ended persecution of the Donatists (a rival Christian sect), brilliantly advanced Christianity incrementally so as not to lose the support of his huge pagan constituency, funded the construction of numerous churches, and dispatched his mother on a productive archaeological expedition to Jerusalem.

Our uncertainties stem in part from his own inaccuracy: like many modern politicians, he continually reinvented his past for reasons of propaganda. But his friends and enemies both also stirred cups of confusion into the cauldron of the historical record by slanting their accounts. Christians, relieved that he ended state-sponsored persecution, gushed over him. Pagans were quick to point out the numerous faults of the first “Christian” emperor and were loathe to credit him for his achievements.

In Constantine the Great: the Man and His Times, Michael Grant acknowledges up front the treacherous quicksand a historian has to negotiate in piecing together the facts and dates of Constantine’s life. The long lapse of time has not made it any easier to pin down the date or place of his birth, for example. Nor have intervening centuries made it possible to determine with certitude the motivations behind some of his most notorious actions, such as executing his promising oldest son and a favorite wife. Nonetheless Grant takes a stab at sorting out the mysteries of one of the most interesting figures of early church history.

Grant’s assessment is that Constantine was sincere in adopting Christianity, but that his high taxation, faulty monetary policy, admission of German settlers into Roman territories, unnecessary quarrel with the Sassanian Empire (Persia/Iran), and failure to provide a satisfactory succession all weakened the Roman Empire and hastened its collapse.

I am no Constantine scholar so I cannot argue whether Grant has negotiated the historical quicksand as well as he might. What I can say is that Constantine the Great creates a fascinating portrait of the slippery fourth-century emperor based on what we know—or what we think we know.