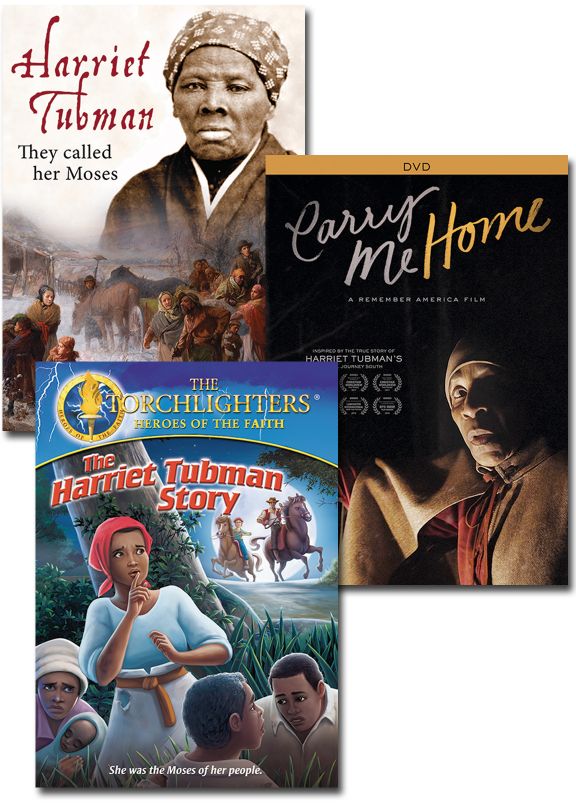 Harriet Tubman: They Called Here Moses -- Harriet Tubman is a familiar and revered name in American history. But many are unfamiliar with the details of her remarkable story, the depth of her character, and the inner motivations that drove her. Born into slavery in Maryland in the 1820s, Harriet Tubman's resolute Christian faith would compel her to extraordinary acts of courage and sacrifice. Through her selfless efforts, hundreds of African-American slaves escaped to freedom. Tubman's tenacious trust in God and love for others earned her the title "the Moses of her people." Discover the real Harriet Tubman in this compelling documentary narrated by Alfrelynn Roberts and featuring expert interviews with leading scholars, including Dr. Eric Lewis Williams of the Smithsonian Institute and Carl Westmoreland of the National Underground Railroad Freedom Center. It also features remarkable early 20th century audio recordings of African-American spirituals sung by former slaves. (55 minutes)

Carry Me Home: A Remember America Film -- Carry Me Home is a short film following the true story of Maria Ennals (Lindsey Grimble) and her family in the Antebellum South in the cold winter of 1860. Maria is a young mother trapped in slavery who seizes the opportunity to escape with her family when she encounters HARRIET TUBMAN (Karen Abercrombie, War Room). Harriet leads the young family through a number of trials on the Underground Railroad, causing them all to question whether or not freedom is worth the price they must pay to obtain it. (23 minutes)

Torchlighters: The Harriet Tubman Story -- For centuries slavery reigned in parts of America, forcing an entire people into a lifetime of suffering and servitude. Living under the thumb of this oppressive system, young Harriet Tubman prayed ceaselessly that she and her family would be set free. Little did she know, God would use her and her resolute faith in Jesus to rescue not only her own family, but hundreds of other enslaved African-Americans as well. Discover how Harriet followed God, became the Moses of her people, and persevered despite seemingly insurmountable obstacles in this latest episode of The Torchlighters. (30 minutes)