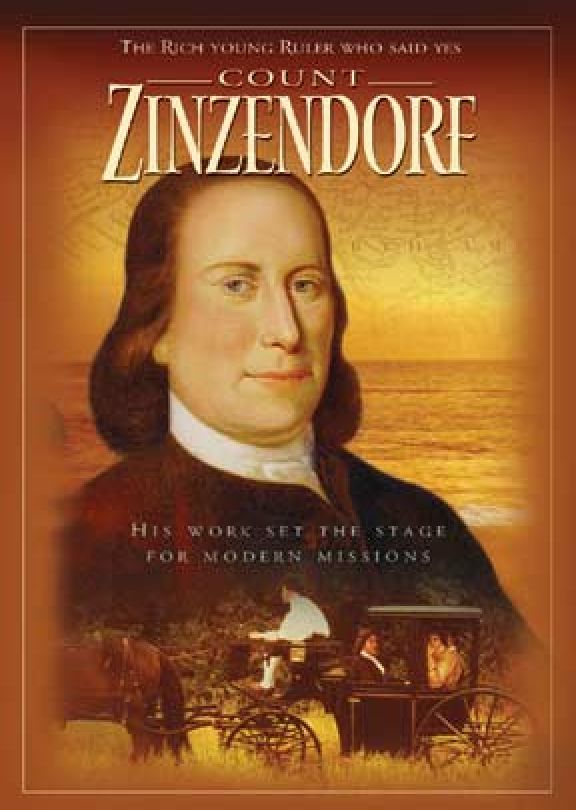 A film detailing in four programs the life and ministry of Count Zinzendorf who set aside a life of wealth, politics and privilege to follow God's call.

Once in a while someone comes along who has a profound effect on the course of future history. Count Zinzendorf was one of those remarkable people. Born into nobility in 1700, he put aside a life of wealth, politics and privilege to follow God's call. He established a refugee settlement for persecuted Christians. This remarkable community experienced a powerful outpouring of the Holy Spirit which led them to a passionate concern for worldwide missions. Under Zinzendorf's leadership they set the stage for the modern missionary movement as we know it today.

(1) Prophet of the Heart — Follows the young Count during his early years and when he first allowed religious refugees from neighboring Moravia and Bohemia to settle on his lands, leading up to the Moravian Renewal of 1727.

(2) Count Without Borders — Profiles their pioneering mission movement that sent missionaries to lands as far apart as Greenland and South Africa. These were the missionaries that would inspire later leaders such as William Carey.

(3) New Heart, New World — The controversial Count turns his attention to the American colonies, and especially to the native Americans. The Count himself visits America with much fanfare in 1742 and attempts to organize an ecumenical movement.

(4) The Pilgrim Comes Home — Controversy erupts in Germany, and Zinzendorf's movement experiences a period of self-correction. theologians, historians, and modern Moravians from around the world reflect on the impact of Zinzendorf's life and thought.

Through Gates Of Splendor