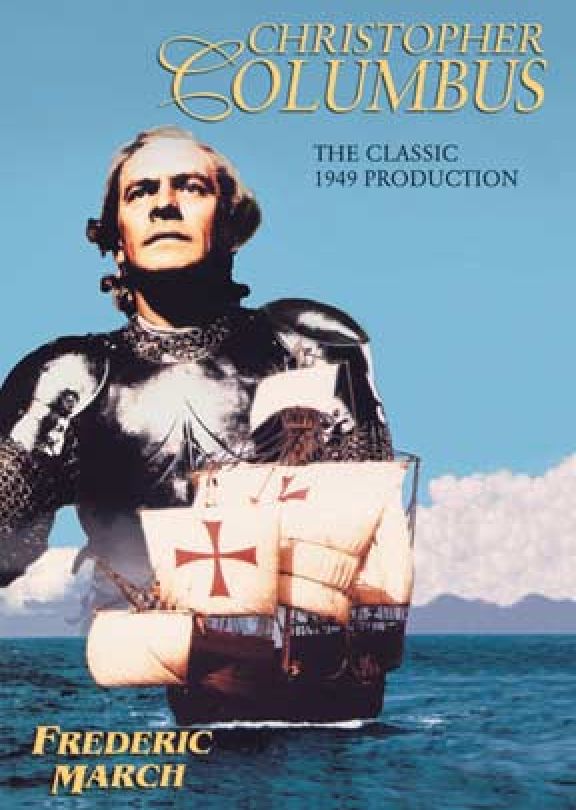 In this classic 1949 production, Frederic March gives an outstanding performance as Christopher Columbus, the world’s most daring explorer!

In this classic 1949 production, Frederic March gives an outstanding performance as Christopher Columbus, the world's most daring explorer! Surrounded by doubters, Columbus convinces Queen Isabella to provide him with ships and money necessary for his voyage past the earth’s know limits. Follow Columbus' incredible journey as he battles mutiny, exhaustion, and desperation on his way to the ultimate discovery -- the new world!

After 71 grueling days at sea, the crew members of the Niña, Pinta and Santa Maria sight a tropical paradise which they christen San Salvador. The natives of the island eagerly trade their abundant raw materials with Columbus for his European goods.

Columbus is greeted as a national hero after returning to Spain with gold, spices, riches and tales of his amazing findings. However, he must continue to battle jealous enemies who are plotting his downfall.

Both classic movie fans and history buffs will enjoy the dramatic story of the steadfast man who changed the face of the world -- Christopher Columbus!