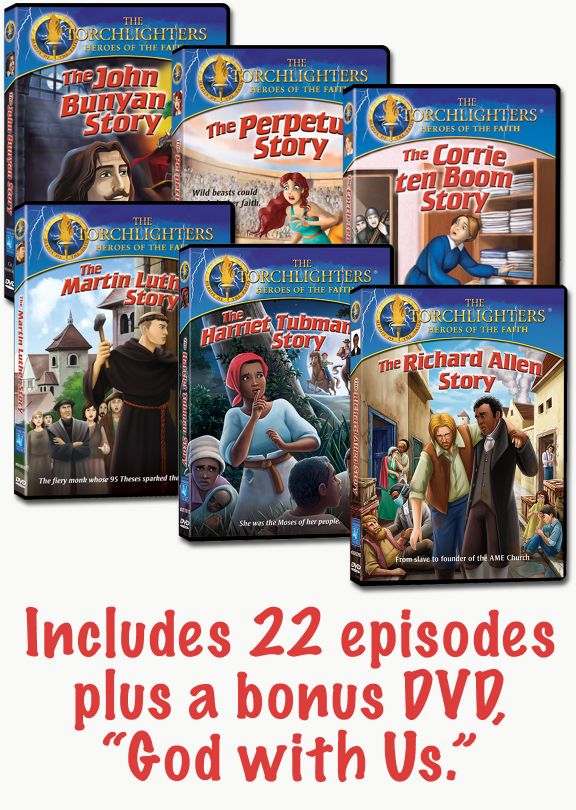 Torchlighters - Set of 22 plus Bonus DVD

John Newton - Meet the author of "Amazing Grace" and learn how God’s grace set him free.

Richard Allen - Meet the founder of the African Methodist Episcopal Church and learn how he faithfully served God in the face of discrimination.