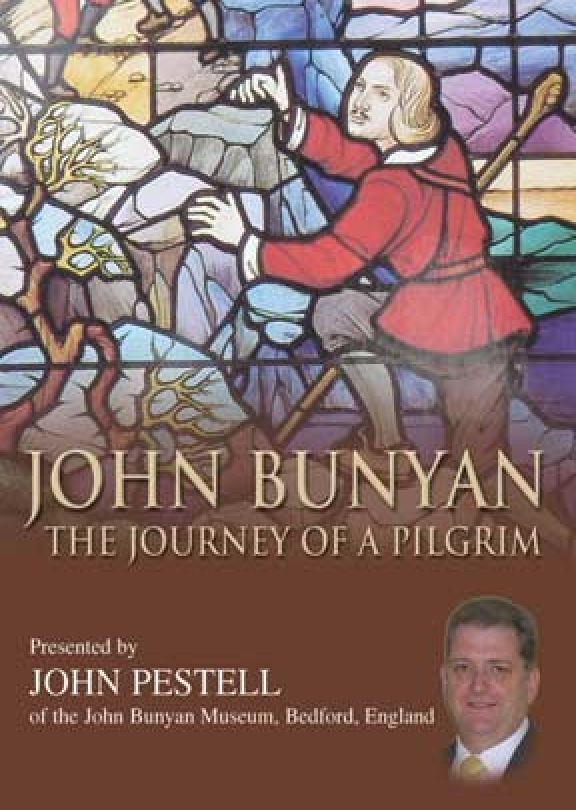 John Bunyan: Journey Of A Pilgrim

This documentary, filmed at the John Bunyan Museum in Bedford, England, presents a detailed look at Bunyan's life, chronicled by John Pestell, author of Travel with John Bunyan.

A look at the man who wrote The Pilgrim's Progress, the most circulated book of all time, next to the Bible.

This documentary, filmed at the John Bunyan Museum in Bedford, England, presents a fascinating look at the life of John Bunyan, chronicled by Bunyan expert John Pestell, author of Travel with John Bunyan.

Pestell recounts Bunyan's mischievous childhood, the nightmares that plagued him, and the events and influences that impacted his life. It was years later, well into adulthood, that Bunyan finally found inner peace. No longer plagued by fears and insecurities, he began preaching, although it was illegal to do so outside of the State church. This led to his eventual arrest and imprisonment.

During the twelve years he spent in prison, he wrote The Pilgrim's Progress, the story of Christian on his journey of life. When Bunyan was finally released from prison, he took his finished manuscript to a printer, saying, "I have a manuscript of little worth." It became an instant bestseller and remains the world's most circulated book, next to the Bible. Fullscreen.