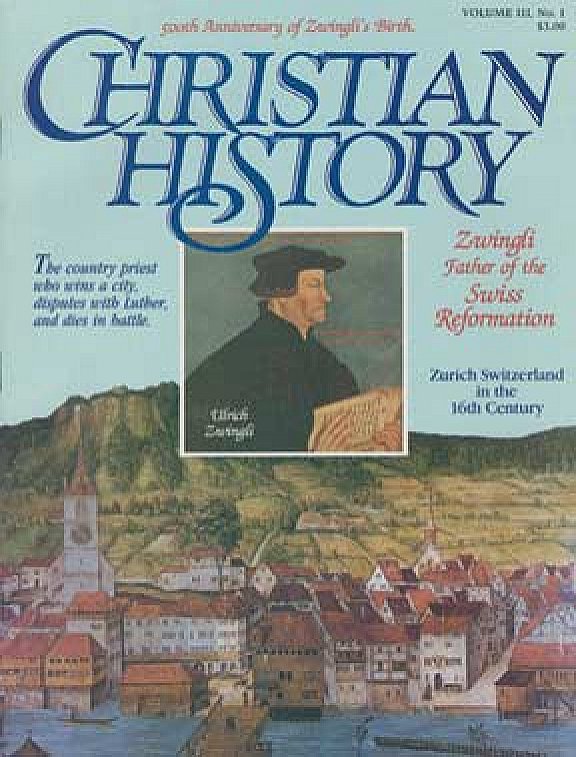 Zwingli - Father of the Swiss Reformation

The 500th anniversary year of the birth of Ulrich Zwingli is a good time to take a new look at the Zurich reformer.

Zwingli: Did You Know?

Interesting facts about Zwingli and Zurich.

Zwingli and Luther: The Giant vs. Hercules

The Colloquy at Marburg was called in hopes of reconciling the two centers of the German Reformation—Zurich and Wittenburg, but conflict over the Lord’s Supper split their common cause.

Who was who in Zwingli's world

The Shepherd—Who is the True Pastor?

Dr. Fritz Büsser discusses the central thrust of Zwingli’s understanding of the nature of the ministry.

Zwingli wrote a hymn when he almost died of the plague.

In His 67 Theses Zwingli Highlights His Reformed Beliefs.

Zwingli Archives: Replacing The Mass With a New Order of Worship

With the abolition of the Roman Catholic Mass came the task of explaining the meaning of Reformed worship.

Archives: Zwingli’s Death on the Battlefield of Kappel in 1531

Some of Zwingli's closest early associates felt that he and the Zurich City Council were moving too slowly in implementing the Swiss Reformation. Their protests led to their persecution.

The Spread of the Zwingli Reformation

Zwingli died before his dreams were fulfilled, but his followers, especially Heinrich Bullinger, spread his Reformed influence throughout Europe, to England, and eventually to America.

Where to find more about Zwingli and the Swiss Reformation

"I Have Called You Friends"

Women of the Reformation