Issue 60 How the Irish Were Saved 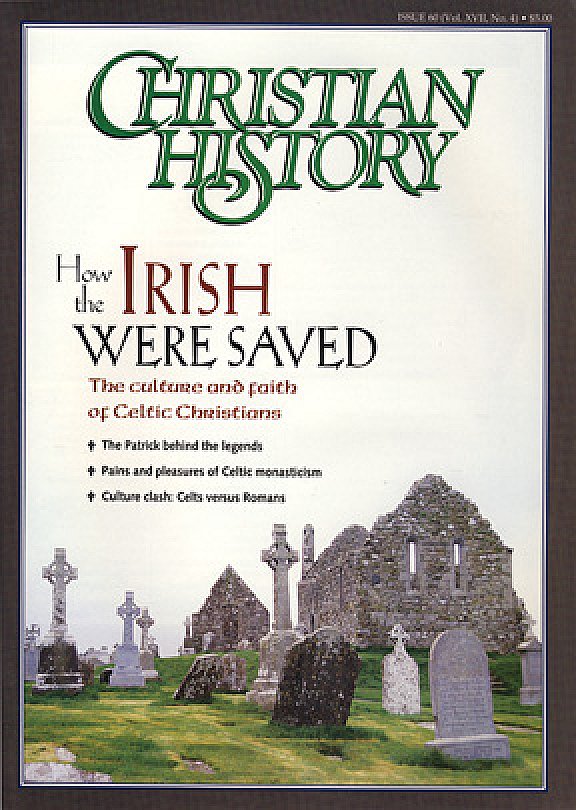 Patrick and Celtic Christianity: Did You Know?

Fascinating facts about the Celts, Patrick, and Ireland.

Patrick and Celtic Christianity: From the Editor

A tradition for neo-pagan times

Behind the fanciful legends of the fifth-century British missionary stands a man worthy of embellishment.

How Patrick may have convinced the Celts to turn from ritual killings to the one who died for all.

Rooted in the Tradition

Celtic Christianity is not as theologically unique as many have supposed.

Irish monks and nuns are famous for their spiritual heroics.

Though named for a gentle bird, the ascetic Columba wielded enormous influence with chieftans and kings—even after he died.

Legendary Brigit brought joy and the burning presence of God.

The most famous Celtic prayer shows why the Celts are known for exalting both creation and the Creator.

Patrick and Celtic Christianity: A Gallery of Extravagant Tales of Remarkable Faith

Be Thou My Vision

One of today’s popular hymns began as a medieval Irish prayer.

What happened when Roman and Celtic Christianity squared off at the Synod of Whitby?

The Fury of the Northmen

The Viking invasions destroyed the glory of Celtic monasticism.

The Link: Modern Myths of the Medieval Past

Much that is heralded as Celtic Christianity today is neither Celtic nor Christian.

Recommended resources for further study of Patrick and Celtic Christianity.