It Happened on SEPTEMBER 4

THOMAS GILLESPIE: THE MAN WITH THE STRAIT-LACED CONSCIENCE 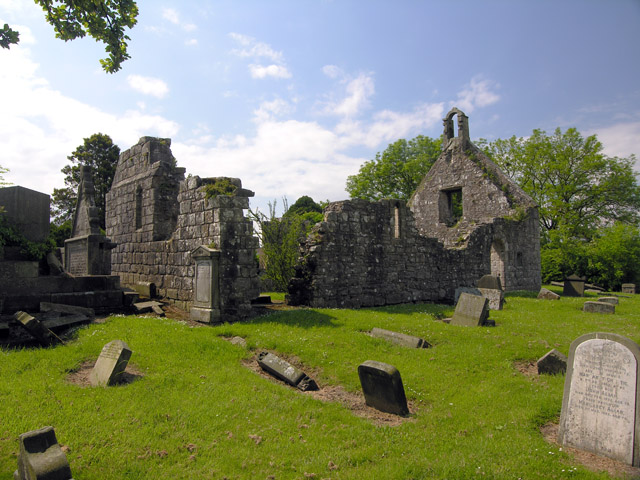 On Friday, 22 May 1752, five ministers in Scotland stood before the General Assembly of the Presbyterian Church. They were in noncompliance with its command that they attend the induction of a minister whom the people of Dunfermline did not want.

The five asked the court to consider the reasons they could not conscientiously carry out the action. Among their arguments was that the church itself had long recognized the principle that people of a parish have a say in who leads them:

[W]e find it declared, Act 25th of May 1736, “That it is, and has been since the Reformation, the principle of this church, that no minister shall be intruded into any parish contrary to the will of the congregation...”

One of the five ministers who respectfully but firmly refused to comply was Thomas Gillespie.

Gillespie was born near Edinburgh. His father died when he was young. Reared by his godly mother, he owed much to the elder Thomas Boston. Boston took the boy aside and appealed to him to follow Christ; Gillespie listened and afterward made up his mind to become a minister. He studied philosophy and divinity at the University of Edinburgh and then studied in Northampton with the influential minister Philip Doddridge. He was licensed to preach while in England, and on this day, 4 September 1741, he took up duties in the parish of Carnock in the region of Fife.

A conscientious minister, Gillespie was in the pulpit not only on Sundays but on weekdays; he set an example of hard work, godliness, and generosity. Dr. John Erskine wrote:

I never sat under a ministry better calculated to awaken the thoughtless and secure, to caution convinced sinners against what would stifle convictions or prevent their issuing in conversion, and to point out differences between vital Christianity and specious counterfeit appearances of it.

However, Gillespie could not turn off his conscience like a faucet. That is why he was in hot water in 1752. Given an opportunity next day to explain himself to the general assembly, he cited instances in which the assembly itself had published the very principles on which he stood. These ordinances remained on the books, but the assembly had decided to comply with royal pressure to reinstate patronage (the system of forcing a minister on a church). The assembly treated his defense as an aggravation of his “crime.”

A determined minority wanted to remind all ministers that final authority rested with the assembly. They called for a vote to oust Gillespie. In an astonishing display of ambivalence, over one hundred ministers refused to vote either for or against him. Of the fifty-six who did vote, fifty-two were against him. He responded to the ejection mildly: “I rejoice that to me it is given, in the behalf of Christ, not only to believe on him, but also to suffer for his sake.”

When he left the building, an opponent sneered, “Make way for the man with the strait-laced conscience.” His meekness, his holy life, and the manner in which he had been railroaded garnered sympathy. He would have been reinstated if he had requested. Conscious he had done no wrong, he refused to make the request.

Since Gillespie’s license was from England, he could still preach and did—out of doors. More people came to hear him now than had attended his sermons before. He did not rail against the established church but said “he hoped, through grace, no public dispute should be his theme, but Jesus Christ and him crucified.” Not surprisingly, he saw an increase in the souls he brought to faith. Before winter, followers erected a meeting house. However, opinion turned against him when he determined to share the bread and wine of Communion with non-Presbyterians. He explained, “I hold Communion with all that visibly hold the head, and with such only.” To rigid Presbyterians, anyone who did not hold their Calvinist doctrine was a heretic.

Forced patronage led more local churches to break from the national Presbyterians. Nine years after Gillespie’s ejection, he joined with two other ministers to form the Relief Church, a presbytery that guaranteed local congregations the final say over who filled their pulpits. The relief church grew to one-hundred-and-seventeen congregations before it united with another secession movement to form the United Presbyterian Church in 1847. By then, Gillespie had long been laid to rest.