It Happened on SEPTEMBER 29

EVAN ROBERTS: THE COAL MINER WHO LED THE WELSH REVIVAL 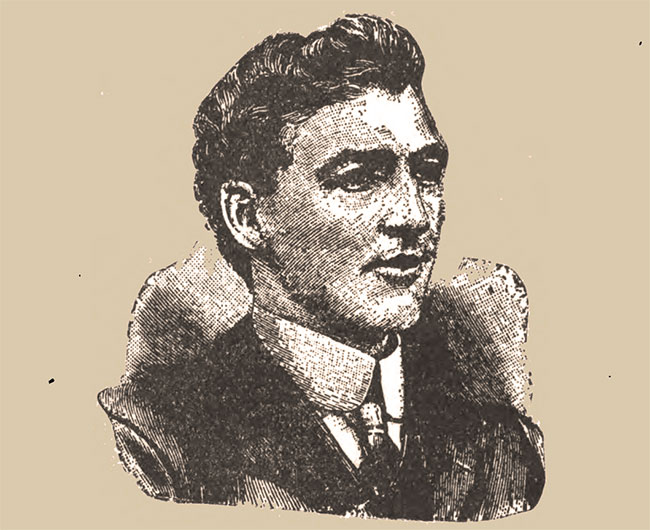 [Evan Roberts [public domain] adapted from the frontpiece to S. B. Shaw's The Great Revival in Wales, 1905.]

Evan Robert’s public ministry lasted only about a year. But what a fruitful year it was!

Roberts was many years in preparation for his work. Born in Wales in 1878, he proved a good student and avid reader. However, when his father was injured in an accident and in need of his help, Roberts dropped out of school at the age of eleven to work in a nearby coal mine. He worked in the mines for twelve years, handing his earnings to his mother. He prayed constantly, read and memorized Scripture, and founded a ragged school (an institution to give poor children a rudimentary education and religious instruction). Eventually the children attended the Sunday school of the Calvinist Methodist Church to which Roberts and his parents belonged. He never missed a service for fear the Spirit would come while he was absent.

A longing for a religious revival took hold of him. “I could sit up all night to read or talk about revivals,” said Roberts of his years as a young man. “It was the Spirit that thus moved me."

When a strike threw him out of work, he apprenticed himself to an uncle to learn blacksmithing and soon became good at his trade. However, the desire to become a minister was in him. He left blacksmithing to attend school, though he hesitated to take this step, fearing he would become cold and academic-minded. He spent intense hours alone with God and cried out for a deeper Holy Spirit filling.

Evangelist Seth Joshua held services near the school. Roberts attended. On this day, 29 September 1904, Joshua prayed, “O God, bend us.” Roberts felt his heart stirred and fell to his knees, pleading with God to “bend” him (conform him to his will): “A wave of peace flooded my bosom.”

He had visions he thought were from the Spirit. Uncertain, he sought the counsel of his tutor. The man assured him Satan would not encourage him to do good, so Roberts returned home and announced he needed to speak to his local church. His hesitant pastor allowed him an opportunity after a prayer meeting. Seventeen people stayed to hear him state the four conditions of Spirit filling:

Confess all known sin to God.

Put away all doubtful habits.

By the time he had done speaking, twelve listeners had committed to following Christ. The pastor gave him another night to speak. And another. Within two weeks the chapel was packed every time he spoke, with services lasting for hours. The Welsh Revival of 1904–1905 had begun. While Holy Spirit filling was expected, the emphasis was on the cleansing blood of Christ shed on Calvary.

Roberts traveled across Wales, praying and preaching. Sometimes he spoke at length, other times just a few sentences, allowing the Holy Spirit to direct the services. Those in attendance prayed, gave testimonies, and sang, resulting not in chaos (according to eyewitness William Stead) but in a harmonious flow as if guided by an invisible power.

Revival spread to Britain and to the world. It continued even without Roberts’s presence. This was as well; he worked so hard that he had a nervous breakdown. Thereafter until the end of his life, he no longer preached, instead pouring most of his energy into prayer.

Shortly before the revival began, Roberts had told a friend that he believed God was going to use him to win one hundred thousand souls. Estimates say the revival actually brought one hundred and fifty thousand in Wales alone to Christ, eighty percent of whom stayed active in the faith in the following decades. Contemporary accounts speak of taverns going broke. Some court sessions ended before they began, having no cases to hear. With little else to do, policemen joined the revival services. Mine ponies had to be retrained to understand the commands of kindness that replaced curses and blows.