It Happened on JULY 1 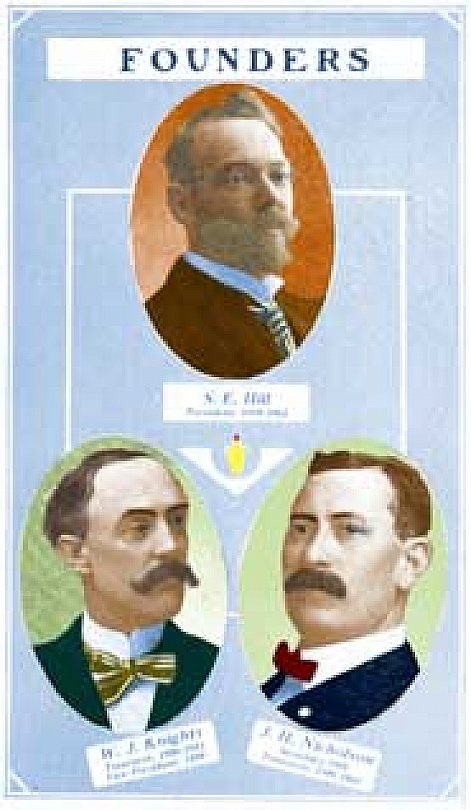 The three founders of the Gideons.

The founders of the Gideons had reason to believe God was guiding their steps.

John Nicholson, a traveling salesman from Janesville, Wisconsin, arrived at a crowded hotel in Boscobel, Wisconsin, one September evening in 1898. The proprietor asked if he would be willing to share a room with a “nice clean fellow.” Nicholson agreed, and found himself talking with S. E. Hill. At bedtime, they shared devotions. Afterward, they discussed whether some organization could be formed by which traveling Christian men could encourage one another to maintain godly habits on the road.

Eight months later, Hill and Nicholson bumped into each other again—this time at Beaver Dam, Wisconsin. “Nick,” said Hill, “we should get at it and organize at once. Let’s not talk about it, but get right at it, get the ball rolling, and follow it up.”

My dear friend and brother:

It has been suggested by a few of our Christian traveling-men that we might increase our usefulness and also our helpfulness to each other by quietly coming together to plan some simple organization that we might better know each other and possibly widen our influence, and by preconceived plans surround the archenemy of our souls, and give him a black eye by the help of Him who is altogether lovely, and the chief among ten thousand.

Only three men showed up for the first meeting on this day, 1 July, 1899: Nicholson, Hill, and Knights. They became the officers of their little band, and bowed in prayer, asking God to give them a name. “Gideons!” Knights finally exclaimed, and the others agreed. The analogy was obvious—through God’s power, Gideon had defeated a huge enemy force with a handful of men.

By their first convention in July 1900, the Gideons had recruited six hundred traveling businessmen. Early member L. C. Smith gave a sermon in which he compared business travelers to the wounded man in the parable of the Good Samaritan. A commercial traveler, he said, was in danger of meting up with three thieves: alcohol, gambling, and prostitutes. He continued:

He is alone. No one knows him, and no one knows where he is or what he does...Fellow Gideons, no one knows the temptations of a traveling man so well as the man on the road...What can a Gideon do for his fellow-traveler? Do what the Samaritan did.’ When he saw him, he had compassion on him, and went to him.’

Today, the Gideons are well known for placing Bibles in hotels, nursing homes, schools, and among policemen and the military, but that was not their original purpose. Their early work united traveling businessmen for worship and supported evangelistic work among them.

It was not until 1907 that the Gideon ministry took its familiar form. W.W. Crissinger surprised the annual convention by suggesting the organization direct its efforts to placing Bibles in all hotel rooms. The men quickly saw the worth of this proposal. Soon they had an agreement with the American Bible Society to supply the Bibles at low cost. In 1908, they determined to ask local churches to help fund the project. Thus was born a partnership that persisted into the twenty-first century.