It Happened on JUNE 7 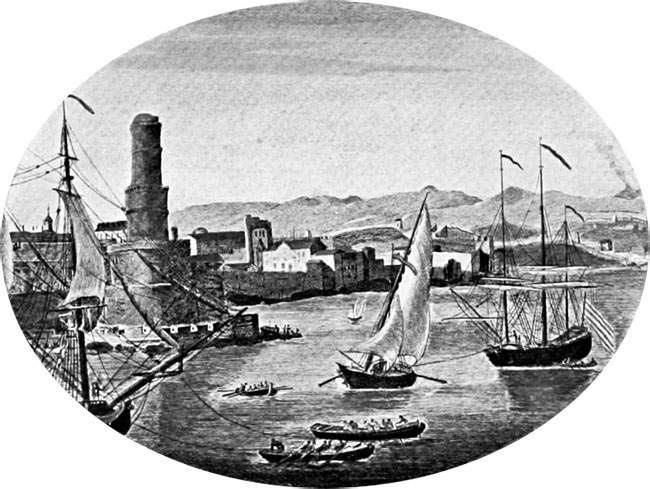 In 1692, Port Royal, Jamaica, was “the richest and wickedest city in the world.” Shipments of slaves bound for South America passed through it. And although the British had outlawed piracy against the Spanish, privateers who robbed Spanish ships and ports brought rich booty to Port Royal, where tavern keepers, prostitutes, gambling houses, and merchants soon detached them from their possessions.

Because habitable land in Port Royal amounted to only about fifty acres, the English colonists built skyward. Many of their homes and shops, erected of brick—symbolic of affluence and old-world pride—rose four stories high. Some owners even built on piles over the water, eking out space where little was to be had. Six forts protected the city and its capacious harbor.

Despite its reputation as a city of sin, Port Royal had an Anglican church (St. Paul’s), a Quaker meetinghouse, a Presbyterian church, a synagogue, and a Catholic chapel where the city’s sixty-five hundred inhabitants could worship if they chose.

The morning of this day, 7 June 1692, dawned cloudless and quickly became hot and sultry. The Anglican rector, Edmund Heath, read morning prayers as usual for any who cared to meet at the church, then joined John White, president of the Jamaica Council in a tavern, where they drank and chatted while White smoked a pipe. Suddenly the ground began to tremble. Heath was alarmed but White calmed him, saying not to worry, it was just another of the island’s frequent tremors and soon would pass. Instead the ground shuddered more and the two heard St. Paul’s tumble down.

Trying to escape to what they thought was safe ground, they watched in horror as the earth swallowed hundreds of people. In the confusion, Heath and White were separated. Heath turned toward home, preferring to die in familiar surroundings. As he passed down a narrow lane, buildings collapsed on either side of him. Eventually he met some survivors, who pleaded for him to pray with them and hear their confessions. He remained in prayer an hour until some businessmen invited him to take shelter on the Storm Merchant, a ship that had survived. Others had sunk under collapsing buildings or the tsunami that followed the quake. One ship that didn’t sink, HMS Swan, was driven by the furious wave and deposited atop a building on the island. About two hundred survivors took refuge in it.

The sand on which the city rested had become like quicksand when water saturated it, causing many buildings to sink straight down. Hardly an intact building remained when the quake was over. Half the inhabitants of Port Royal died in the quakes and tsunami, and many also died in other parts of Jamaica. The survivors soon faced disease from the rotting corpses and lack of fresh food and water. Among those who died of disease after the disaster was John White, toward the end of August.

When the island had recovered a little, aftershocks discouraged survivors from rebuilding Port Royal. Instead, they built at nearby Kingston on safer ground.

Within a year, the members of Jamaica Council made every future anniversary of 7 June a day of fasting and humiliation. This act passed during the fifth year of the reign of the English monarchs William and Mary. Its three main provisions were (1) If the seventh fell on a Sunday, the fast was to be observed on the following day, Monday the eighth. (2) Ministers were to give notice the Sunday before, and (3) No work was to be done, nor were shops, taverns, coffee houses, etc. to open, under penalty of a fine of forty shillings.