It Happened on MAY 2 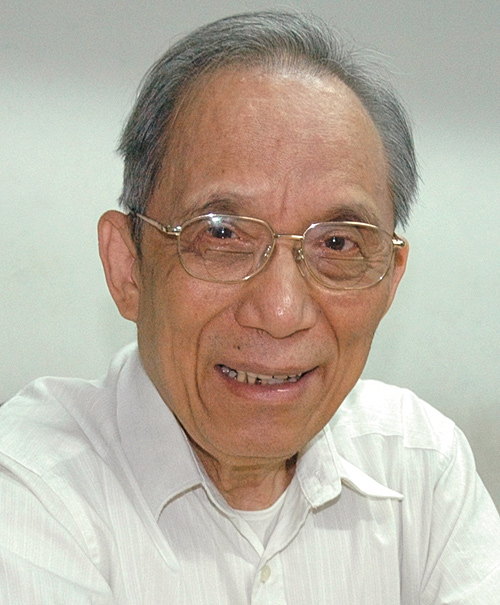 ON THIS DAY, 2 MAY 1982, Lin Xiangao (known in the West as Samuel Lamb) was arrested in Guangzhou for holding house church services. Fortunately for him, he was not held long. He had already served two lengthy sentences in prison for the “crime” of refusing to submit to the government-run Three Self Patriotic Church (TSPC), which accepted restrictions on teaching children and on preaching about Christ’s Second Coming. The TSPC was largely controlled by modernists, who denied such fundamentals of Christian faith as the Virgin Birth and Christ’s literal, physical Resurrection.

Lin, the son of a Baptist pastor, was born in 1924 near Macau. He preached his first sermon when he was nineteen, shortly before Mao Zedong’s Communists resorted to their first full-scale religious persecution. Caught in that wave, Lin was arrested (1955) and accused of being a counter-revolutionary. He served eighteen months. Emerging from prison in 1957, he returned to preaching.

In 1958, at the time of Mao’s Great Leap Forward (which resulted in nation-wide famine, killing millions) the Communists arrested him again, sentencing him to twenty years. He spent most of those years coupling coal cars together underground in low light. While many fellow-laborers suffered injury or death, he emerged unharmed. In prison he continued to teach the gospel. But he called it “an arrow from God” when his wife died a year before his release. He was not allowed to attend her funeral.

His sentence behind him, Lin returned to Guangzhou, where he began to teach English and converted many of his students to Christ. In 1979 Lin restarted his house church. It quickly grew and had to move to a larger building. Soon it occupied multiple buildings and offered several meetings a week. The house church was a conduit for religious literature smuggled from the West. Nonetheless, he always taught his congregation to obey the authorities except when leaders demanded behavior directly opposed to God.

He mimeographed his sermons and gospel tracts for wider distribution. In February 1990, fifty policemen entered the church and confiscated its religious literature. They shut down the city’s house churches and again arrested Lin but freed him the next day after interrogation.

Lin and a few brave souls refused to be intimidated. They gathered to pray while the majority of Christians were hesitant to show their faces. Within weeks the church was back to overflowing. Eventually between four-thousand and five-thousand people attended each week. The government largely ignored the illegal church in the following years.

Although persecution had died down for the moment, Lin often preached on suffering. “We must be prepared to suffer,” he taught. “Before I was sent to prison, I already prepared a bag with some clothes, shoes and a toothbrush. . . . I pray that we will receive the strength to stand firm.” He was well-known for repeating, “More persecution, more growth.”

When Lin died in 2013, aged eighty-eight, news outlets claimed that between ten thousand and forty thousand Christians and other admirers clogged the streets of Guangzhou to pay him homage.