It Happened on APRIL 22

VISIONARY WADIEI BROUGHT THE GOSPEL AND PROSPERITY TO HIS NIGERIAN HOME 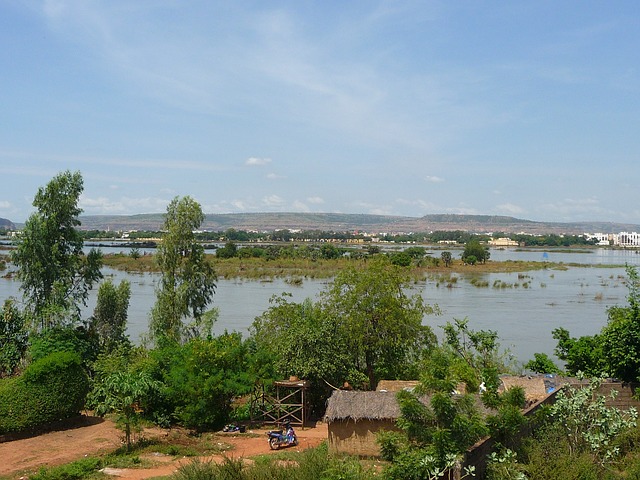 Young Olisemeke Nwadiei Nwaonya of Issele-Uku in Nigeria worked wherever he could. Among his jobs were farmer, fortune-teller, palm nuts harvester, river-boatman, and house steward. He developed a wide range of skills that served him well when he set out to improve the lot of his people.

Born around 1875, he left home as a young man to seek schooling. He enrolled in a Catholic primary school in Onitsha. The teacher beat him for fighting with fellow students so he left. After a short stint with a nut dealer, he hired onto a riverboat that plied the Niger. Flung overboard for disobeying an order, he almost drowned because he could not swim. After that scary incident, missionary A. E. Martin of the Sudan Interior Mission hired him as a house servant. The missionary taught the pagan boy to worship Christ and to pray to God the Father.

Martin prepared to return to the United States on furlough sometime around 1908. Wadiei (as Americans called him because they could not pronounce the “Nwa” sound), pleaded to go with him. Martin finally agreed. In appreciation, Wadiei later took the name Samuel Wadiei Martin at his baptism.

Martin placed Wadiei in a school in Aberline, Kansas. Wadiei trained there and in other schools for thirteen years. To pay for more education, he worked summer jobs. He learned cabinet making, masonry, blacksmithing, tailoring, and teaching. While still in Kansas, he became an active member of Shiloh Baptist Church in Topeka. While training at the University of Chicago and at Moody Bible Institute, he helped found Pilgrim Baptist Church in 1920. This church would support him when he returned to Nigeria.

Wadiei returned to his homeland with a dream of establishing a Baptist church, a day school, and an industrial school. On this day, 22 April 1922, he opened his first school. On the side, he farmed. But Wadiei found that his savings, the gifts from Pilgrim Baptist, and farm produce were insufficient to fund his work. He returned to the United States to raise funds. The National Baptist Convention (an African American group) agreed to support him.

Back in Nigeria, he led his people in building a Baptist chapel, but Catholics opposed it. Although that building was demolished, the growing Baptist community built a better replacement in 1927. (And in the 1950s they would build a cathedral seating 5,000.) When American support dwindled during the Great Depression, Wadiei’s farm kept the work afloat.

He sent young men to a Baptist College in Ogbomoso. When they returned as teachers, he established more schools. He also opened a teacher training school, planted more churches around Issele-Uku, and established the region’s first hospital.

Wadiei accomplished his vision despite persistent opposition and betrayals. Men whom he sent for training to the United States abandoned the mission to make money in business. People sued him to return land he had bought for buildings. Yet his selfless efforts did not go without recognition. Queen Elizabeth II awarded him the Order of the British Empire (OBE). Nigeria presented him with the Order of Niger, and the University of Nigeria gave him an honorary degree.

Wadiei died on 22 February 1976, about a hundred years old. Thanks to his untiring efforts, Issele-Uku, once overrun by poisonous reptiles and dangerous wildlife, had become a prosperous, bustling modern community.