It Happened on FEBRUARY 9 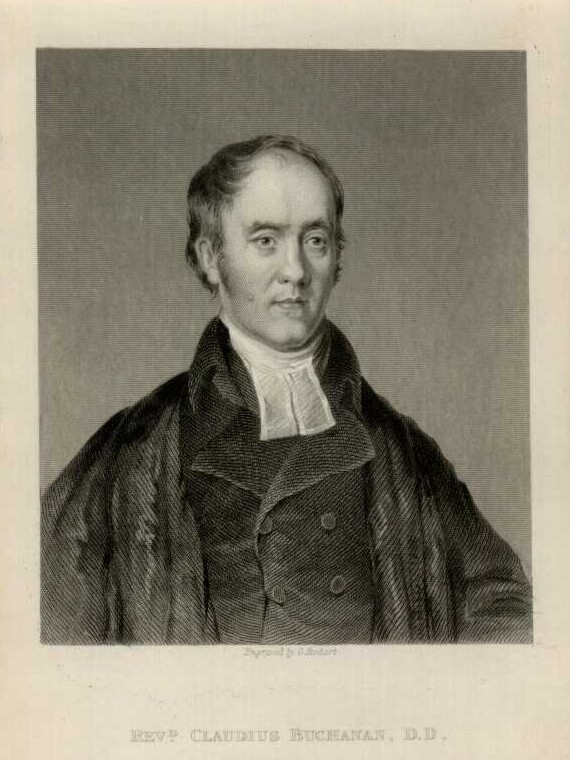 “In the future history of our country it will scarcely be believed, that in the present age an attempt should have been made to prevent the diffusion of the blessed principles of the Christian religion.” The year was 1809. Claudius Buchanan was preaching in Bristol. He had just returned from India where he had pressed beyond the limits of his assignment to get the Bible translated into Oriental languages and pushed beyond the bounds of his health to assemble accurate information about the state of religion on the subcontinent.

He would spend the remainder of his short life advocating for India’s evangelization. Britain was master over much of India, but the East India Company was hostile to the introduction of Christianity. It sent chaplains to provide religious services to English workers and soldiers, but sharing the gospel with the indigenous inhabitants was restricted. Consequently, most Protestant outreach in India was coming through missions in regions controlled by other European nations such as Denmark. Buchanan wanted to see that changed.

Buchanan was a dreamer. His Scots parents had wanted him to become a minister, but he was not interested. Instead he planned a tour of Europe which he expected to fund by playing Scottish reels on his violin. Pretending he had been hired to accompany an aristocrat’s son, he left home. He got no farther than London. To fill his belly, he was glad to take whatever work he could find and eventually obtained a poorly paid position in a law office. Impressed by the life of John Newton, an ex-slaver who had turned Anglican priest and written the hymn “Amazing Grace,” he made his acquaintance, was converted, and determined to become a priest after all. At Cambridge he came under the influence of evangelical chaplain Charles Simeon and caught his fervent faith. When an opening came in India, Buchanan took it.

He arrived in India in 1797 and was appointed chaplain in a backwater whose soldiers cared nothing for religion. So Buchanan studied the Persian and Hindustani languages. Appointed in 1799 to draft plans for the College of Fort William in Calcutta, he insisted on a department of Bible translation and took charge of it, engaging Indian translators to commence five translations (including translation into a Chinese dialect). He also hired pioneering missionary William Carey to teach Bengali and Sanskrit.

Six years later, London directors shut down the translation projects. Foreseeing this, Buchanan and the school’s provost, David Brown, had arranged for missionaries to assume the work.

In 1806 Buchanan was seriously ill and almost died. After he rallied, he took leave from his duties so he could survey the state of Christianity in India and neighboring Ceylon [Sri Lanka]. For the next two years, despite fragile health, he visited much of India and gathered documentation that he published as Christian Researches in India. His report encouraged Anglican outreach to ancient eastern churches.

Buchanan returned to England in 1809. Offered the chance to become the first Anglican bishop of India, he declined because of his health. However, he threw himself into efforts to raise awareness of the spiritual needs of India. His wife Mary had died in 1805. In 1810 Buchanan remarried—his second wife also named Mary. Their two sons died as infants and the second Mary Buchanan soon followed them to the grave.

On this day, 9 February 1815, Claudius Buchanan died, just forty-nine years old. In the days before his death, he worked on the proofs of a Syriac New Testament.