It Happened on DECEMBER 25

WHEN WAS CHRIST BORN? DEBATES ABOUT CHRISTMAS 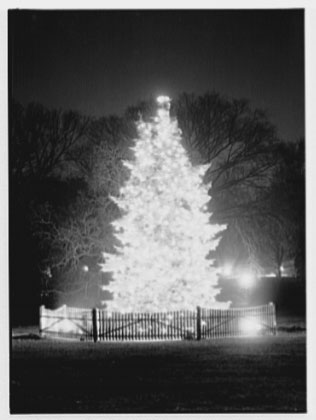 If early Christians celebrated Christ’s birth, they left no record. In fact, the date was lost. As years passed, believers began to wonder when Jesus was born. This was a matter of theological relevance because some heresies claimed Jesus appeared full grown, and others that he was not a real human but rather a spirit who manifested in a human body; and yet others that he was an ordinary human adopted by God at his baptism. Pinning down a definite date would be an assertion of Christ’s real humanity.

Hippolytus, writing around 200, set 25 December AD 8 as Christ’s birthday, but he mentioned no celebration. Early in the third century, Africanus and Evodius both gave 25 December. Apparently the date was already an old tradition. Throughout the remainder of the third century, other Christians speculated on the date of Christ’s birth. C. Philipp E. Nothaft documents several instances in which Christian chronologists tried to figure the date based on historical facts, biblical feasts, and/or theological principles.

It is undeniable that there existed within third-century Christianity a vivid tradition of chronological scholarship and speculation, which contained all the tools from which—in principle—a commemoration of Christ’s birth on 25 December could have been constructed.

Some chronologists called for a date in March or April, others in September, and a few as late as December or January. (January fell in the fourth quarter of the Roman year.) The first recorded instance of Jesus’ nativity celebrated as a 25 December feast, appeared in a copy of the Calendar of Philocalus (or Filocalus). Philocalus was a calligrapher commissioned to produce the calendar in 353 for a Roman senator. Because the calendar provided dates for Easter and useful lists of bishops it was often copied.

Philocalus himself seems not to have mentioned Christmas. The date was interpolated in one of the copies and says “25 Dec.: natus Christus in Betleem Judeae.” (December 25th, Christ born in Bethlehem, Judea.) The year 336 is implied by the context, making this day, 25 December 336, the first recorded celebration of Christmas.

Around AD 350, Pope Julius I declared December 25 the official date for Christmas. Many writers claim this was done to supplant Roman Saturnalia celebrations, or to counter the sun cult, or in response to Mithraism. None of this seems particularly likely because Pope Julius had scholarly precedents for selecting the date he did. Furthermore, in 274, when Roman Emperor Aurelian made 25 December a day to honor the sun, a tradition of Christ’s birth on the same day was already well established, although no celebration was held.

Ten or twelve years after Julius set his date, Bishop Optatus of Milevis in Numidia, North Africa, preached a sermon that explicitly named 25 December as Christ’s birthday. Because the church was undergoing persecution under the pagan emperor Julian the Apostate, Optatus focused on Matthew’s account of Herod’s massacre of the children.

Some Protestants critique Christmas. They claim that the nativity story was taken from pagan myths and that pagan symbols coexist with Christmas celebrations, that the Christmas story is commonly recounted with errors (three wise men, singing angels, etc.), and that Santa has replaced Christ. Another complaint is its association with a Roman Catholic mass. And some object that the church has no right to create religious celebrations. If Christmas is to be observed, they say, it should at least identify with the Jewish feast of Tabernacles and be renamed.

Defenders of Christmas push back. Sound scholarship refutes claims that the life of Jesus was based on Osiris, Mithrais, or Horus. The “proof” that Christmas replaced Roman festivals is flimsy. Repurposing natural symbols is hardly wrong because in themselves they are innocuous and can be used for either good or evil. The words of the basic Catholic Mass are such that any Christian can subscribe to them, even if rejecting the actions and theology that have accrued to them. God does not forbid us holding special days of remembrance, therefore they are not wrong. (For instance, Mordecai created the Purim festival without an explicit command from God.) Wherever the amazing events of the nativity and the astonishing humility of Christ are taught accurately, Christmas observance is fruitful. And since no one is sure of the date, defenders say 25 December, with its ancient support, is as good a day as any.

Perhaps more telling, the more Christmas has been commercialized and then displaced from our culture, the more joy we have lost.

For more popular lore about the origin of Christmas and its traditions, see Charting Christmas.