It Happened on NOVEMBER 8 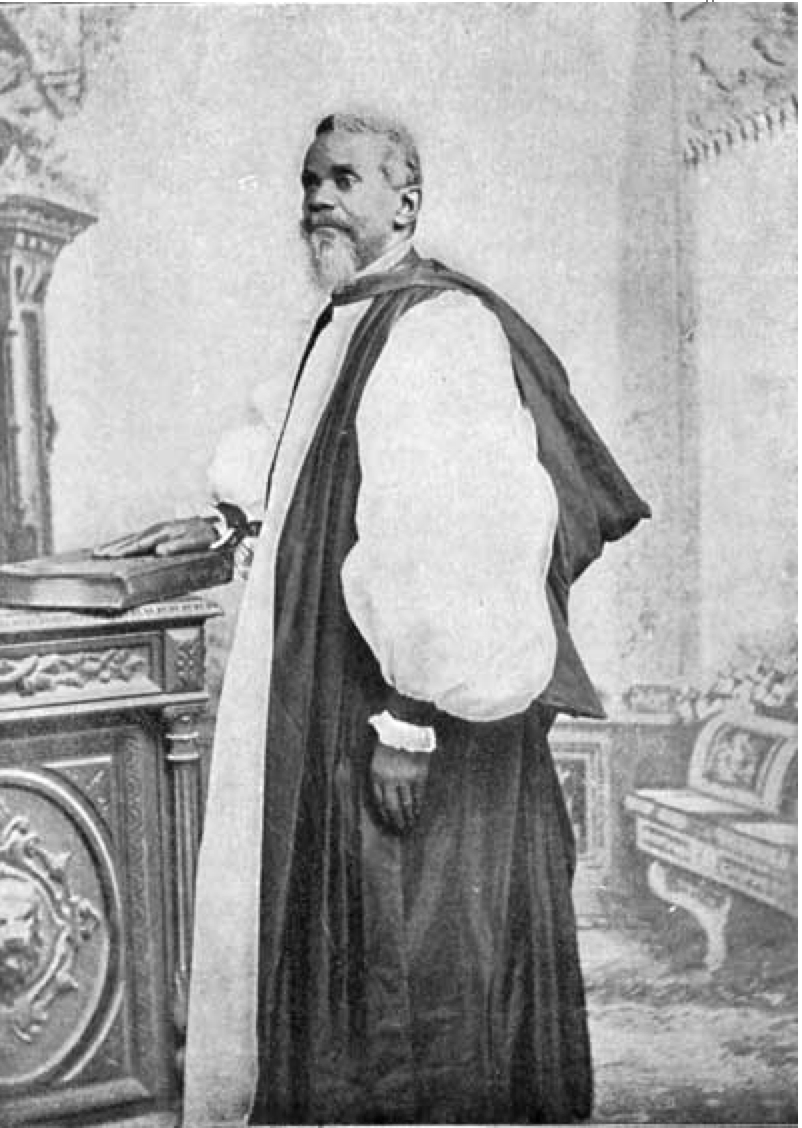 James Theodore Holly was born in 1829, the son of African-American parents. They sent him to school and also taught him shoemaking. When he neared twenty, he became acquainted with many leading abolitionists and worked to end slavery.

Raised a Roman Catholic, he became dissatisfied with his church, in part because they offered him no prospect of the priesthood. He joined the Protestant Episcopal Church in Detroit, Michigan, and was immediately accepted as a candidate for holy orders. Ordained a deacon in 1855, he became a priest the following year.

Meanwhile Holly continued work on abolition, assisting the editor of Voice of the Fugitive. He also endorsed the Refugee Home Society and organized the Amherstburg Convention of free blacks in Canada. Afterward he served a parish in Connecticut.

Thrilled by the fact that Haiti’s black population had thrown off colonial oppressors, Holly wrote, “[I]t will be seen that whatsoever is to be the future destiny of the descendants of Africa, Hayti certainly holds the most important relation to that destiny. . . . Preserve the name, the fame, and the sovereign existence of Hayti, though every thing else shall perish.”

In 1861 he led 110 emigrants to Haiti, but more than one third died of yellow fever and other diseases. The deaths included his wife, his mother, and two of his children. This did not diminish his ardor for Haiti. He sought federal assistance for emigration to the island country but did not get it. He tried to convince the Episcopal Church to take up the Haiti mission cause, but not until 1865 was he successful in persuading its mission board.

Eventually on this day, 8 November 1874, Protestant Episcopal Church leaders ordained Holly as the first bishop of Haiti at Grace Church, New York City. This made him the first African American raised to the office of missionary bishop in the Episcopal Church. He served in that capacity until his death in Port-au-Prince in 1911.

By then the Episcopal Church in Haiti had grown to over 2,000 members in fifteen parishes, with fifteen national clergy, and seven missions. Believing that Christ by taking a body had shown that people’s bodies as well as their souls needed care, Holly established social services such as schools, medical clinics, and a mutual fund society. His work won the respect of the Haitian people who have continued to honor his memory, including with a centenary celebration.

Holly published numerous articles and was knowledgeable in many fields, including languages. Much of his learning was acquired by personal study outside of schools. In 1878 Bishop Holly was a delegate to the Anglican Church’s Lambeth conference in England. He was also active in international diplomacy.